After exploring the Coromandels and Auckland, I headed to a remote town by the ocean on the North Island of NZ called Raglan. I was hoping to just slow down and do some surfing, since the waves here are touted as some of the best in New Zealand. However I ended up doing way more than just surfing. I hitchhiked for the first time, made a fellow traveler friend, and took the best photo I’ve ever taken.

I checked into my hostel in Raglan on Monday September 24th, 2018. It was pretty cheap (~$20/night) empty and quiet but during the busy summer season it’s a yoga/eco/surf retreat. There were a handful of other travelers there but most of them were staying and working for their accommodation. The ‘rooms’ were just repurposed old train carriages and there was limited wifi and power outlets. 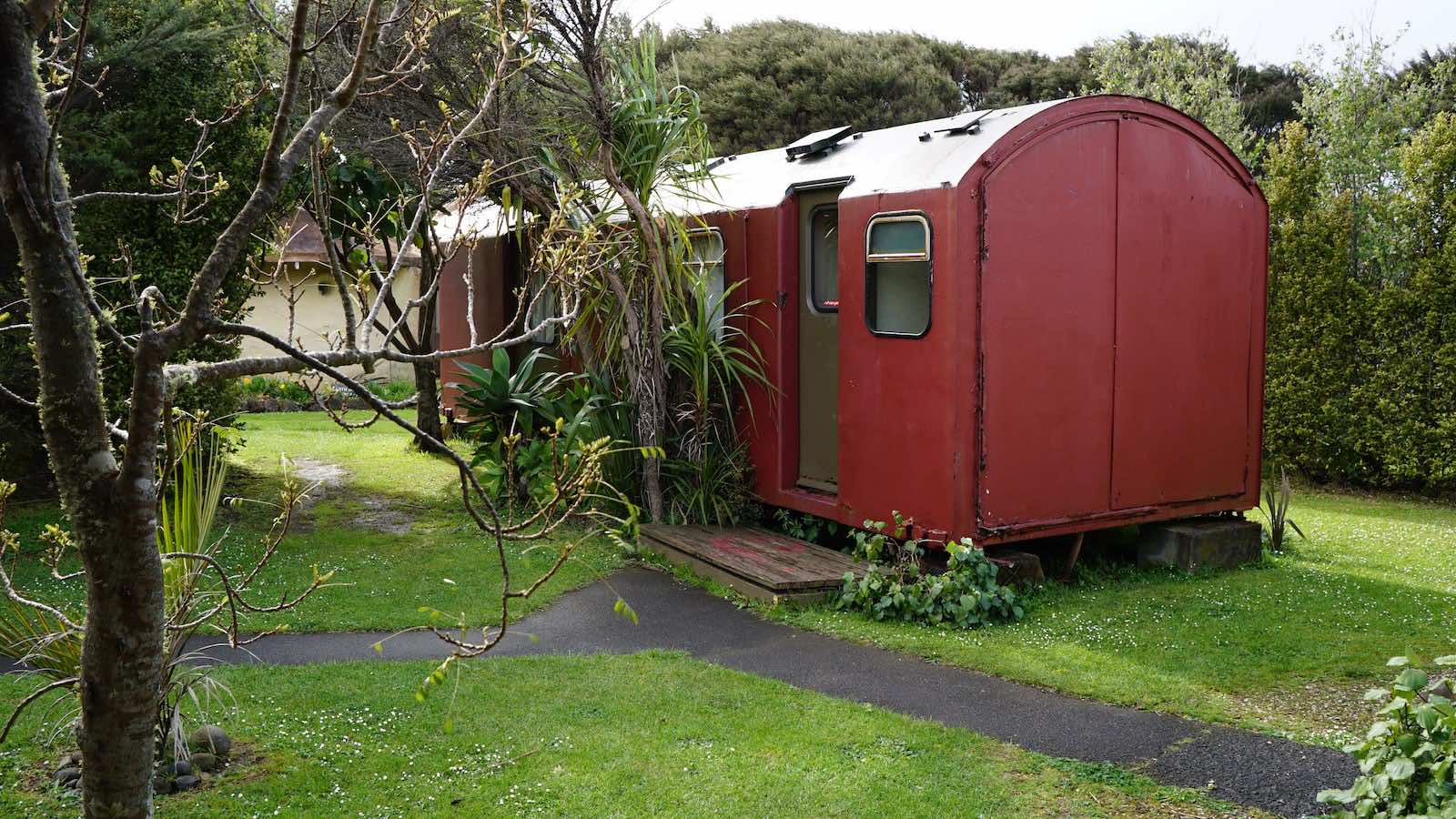 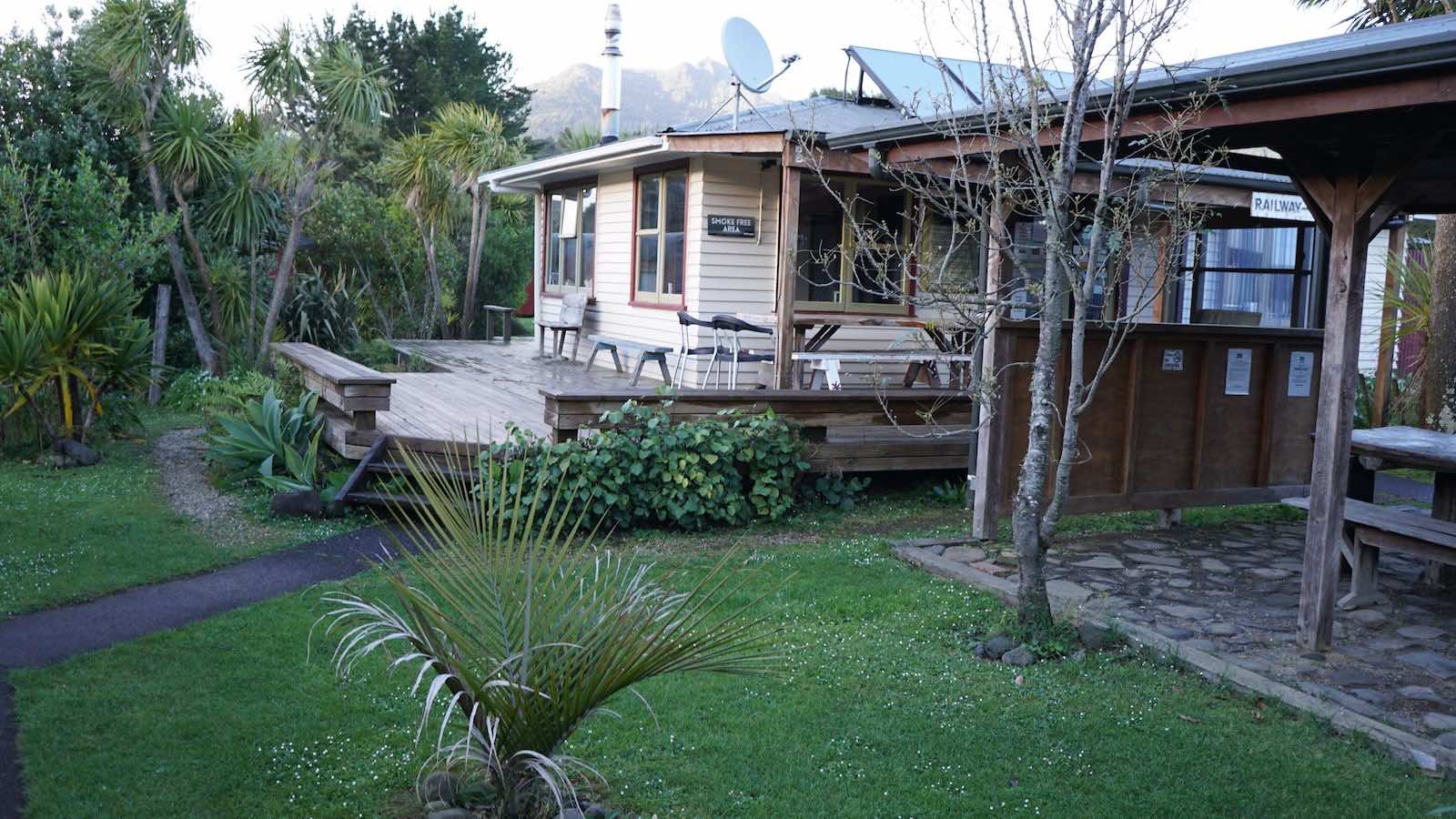 In the afternoon I took a ~30min walk down to the main beach: Ngarunui beach, it was gorgeous and empty aside from 3 wind surfers. 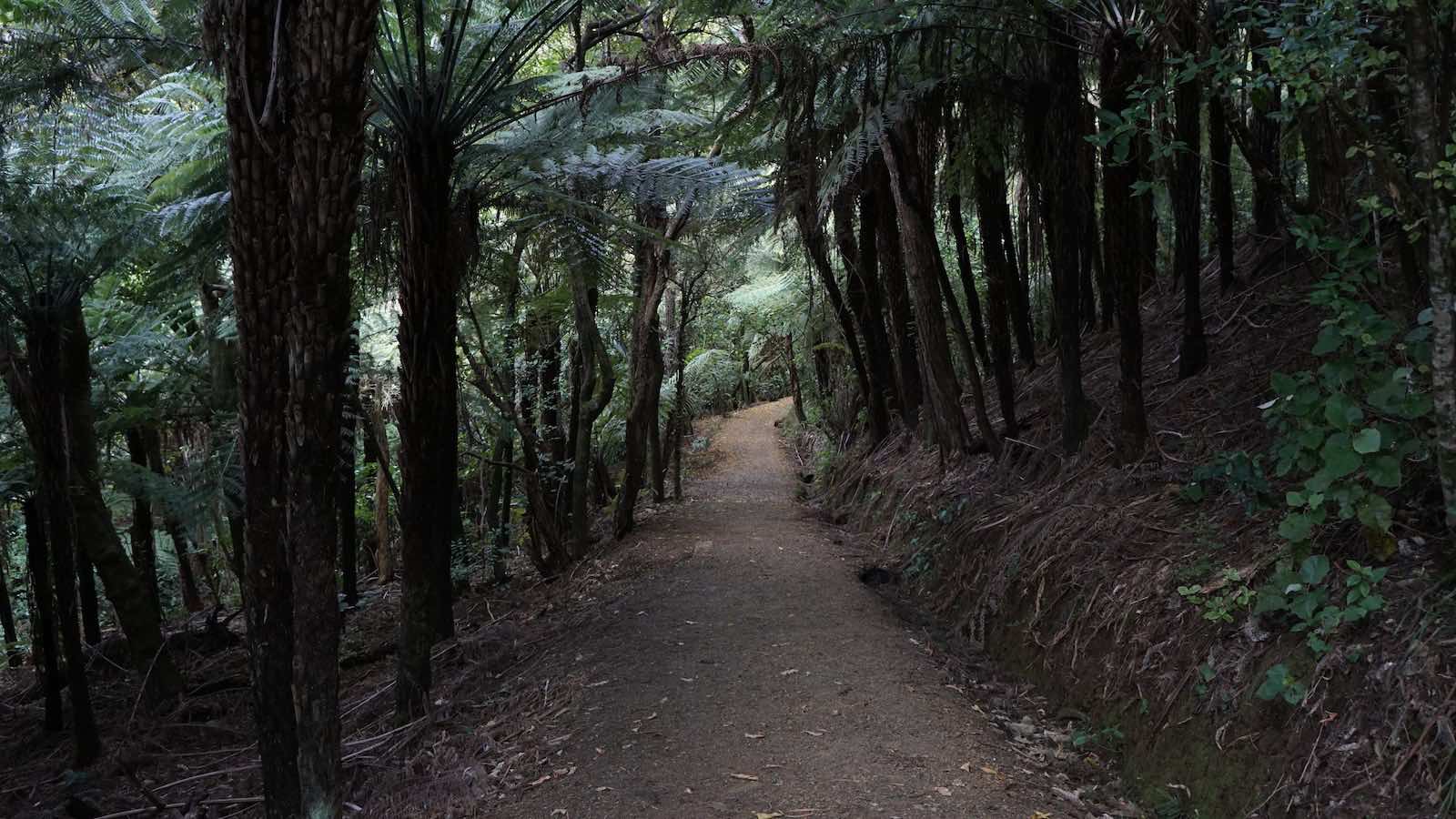 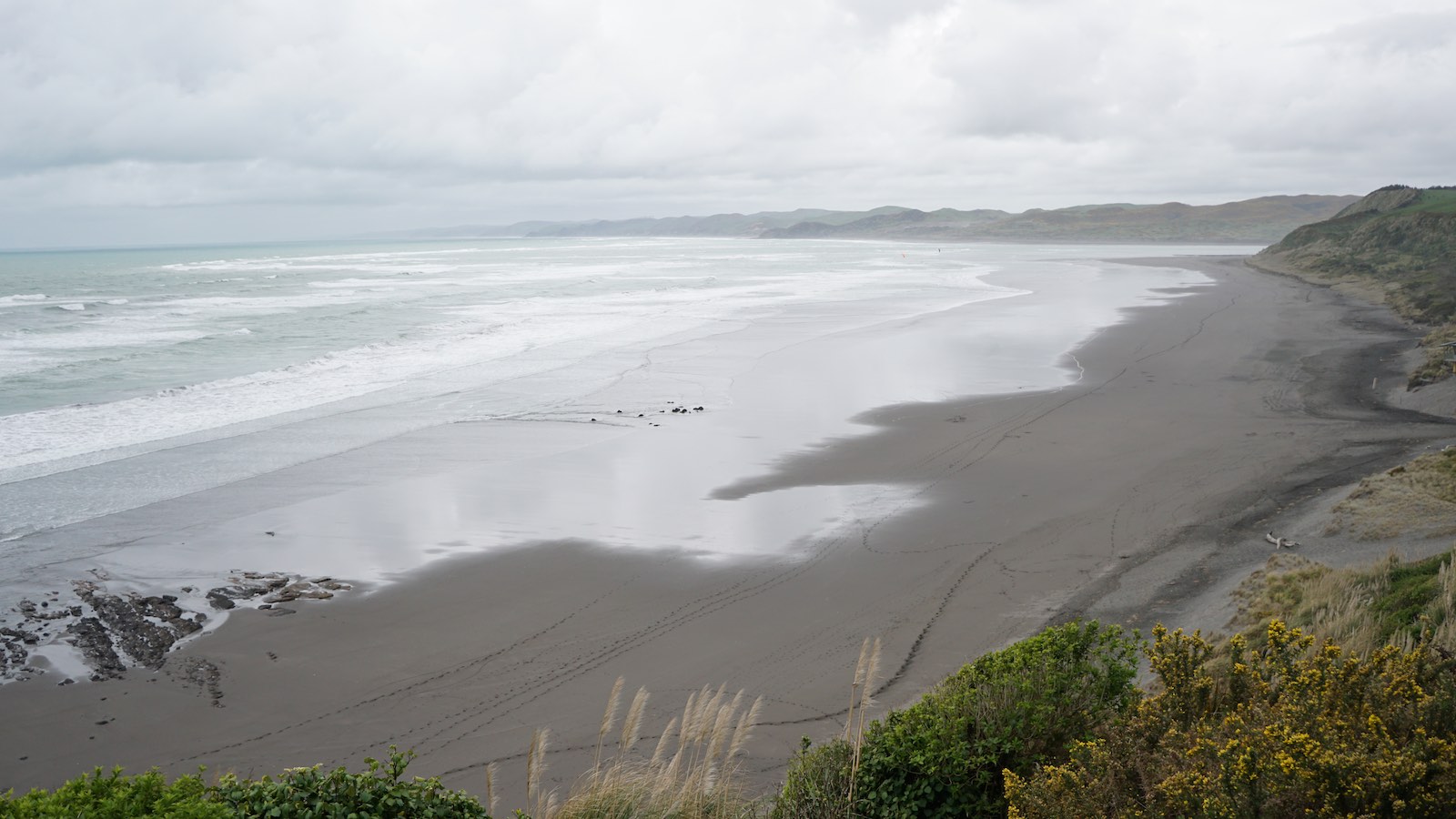 Soon it started to rain heavily and I got caught out in the downpour. I took shelter by a restroom in a nearby parking lot, there were 3 cars in the lot and I was hoping to find someone going back to their car so I could ask for a lift back because it was going to get dark soon. I saw 2 guys walking back to their car and asked them, they were super nice and gave me a ride back. There was a whole family in their 6 seater van and they were from Canada/California/New Zealand.

That was my first time hitchhiking.

The weather was worse the next day with winds of ~30km/hr, rainy, and cold, so I spent most of my time sitting in the reception area with a few other travelers chatting and organizing my photos. One of the travelers I met was Anna, a physical therapist from Austria, who was also my dorm mate here. She spent 2 months working in the South Island at a ski resort and now’s she rented a van and is spending a month traveling solo up to Auckland before flying home. We were both here just to surf and both now waiting for the weather to clear. 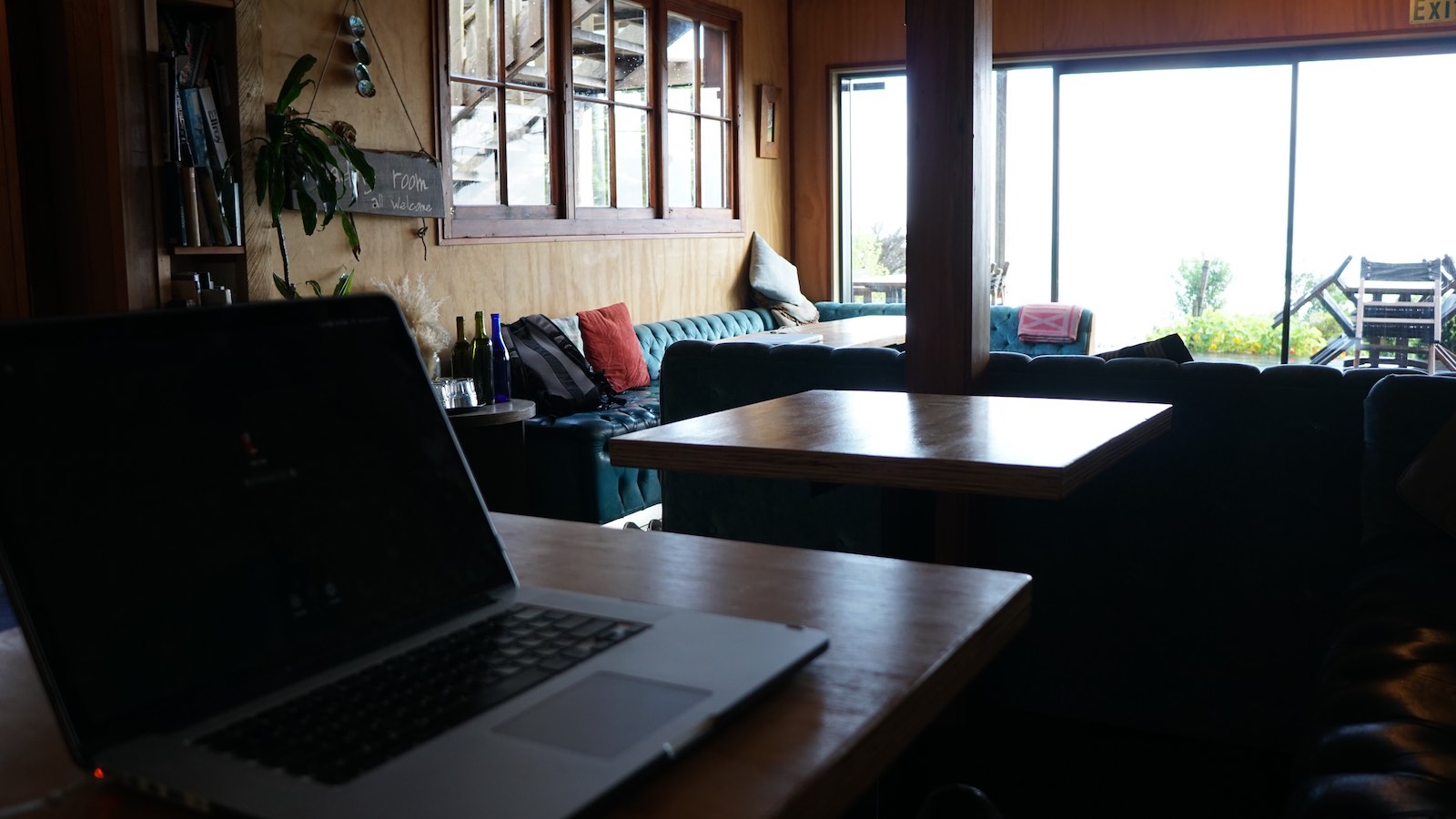 I was glad to slow down for a day or two. Since I got to New Zealand I’ve been running around so much I haven’t had a chance to process everything and ground myself.

The weather on Wednesday was still too windy to surf. Anna invited me along to a nearby hike to Mt. Karioi since we were both pretty bored and she had a car. The hike was really scenic and really difficult. Most of the trail went through thick jungle-like areas with a lot of mud and a lot of very sleep inclines. Luckily there were tons of thick tree roots and low branches to hold onto and a surprising lack of bugs. Coming from an office job my legs were killing me 20 minutes into the 3 hour hike to the top, whereas Anna was speeding along just fine. 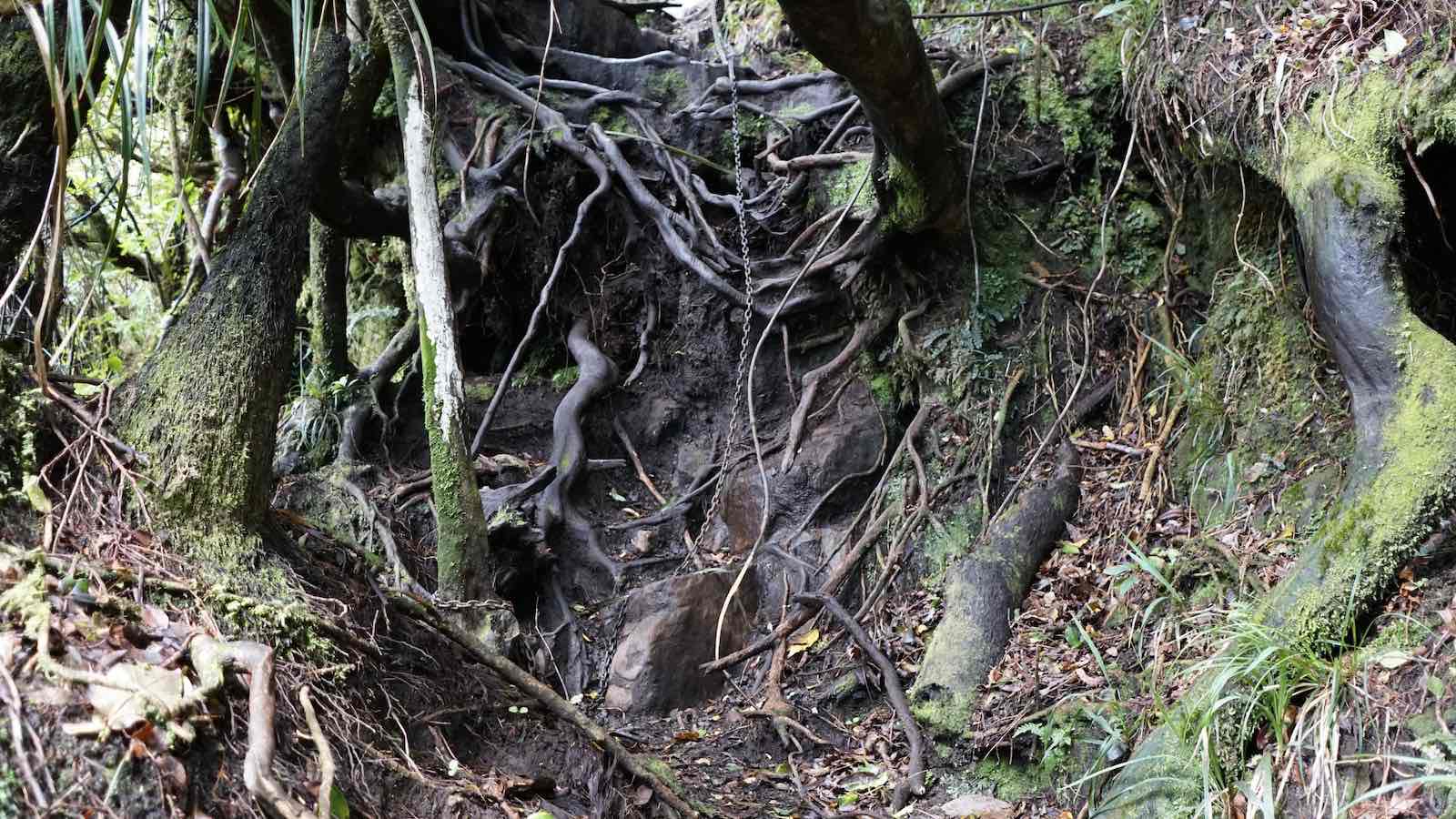 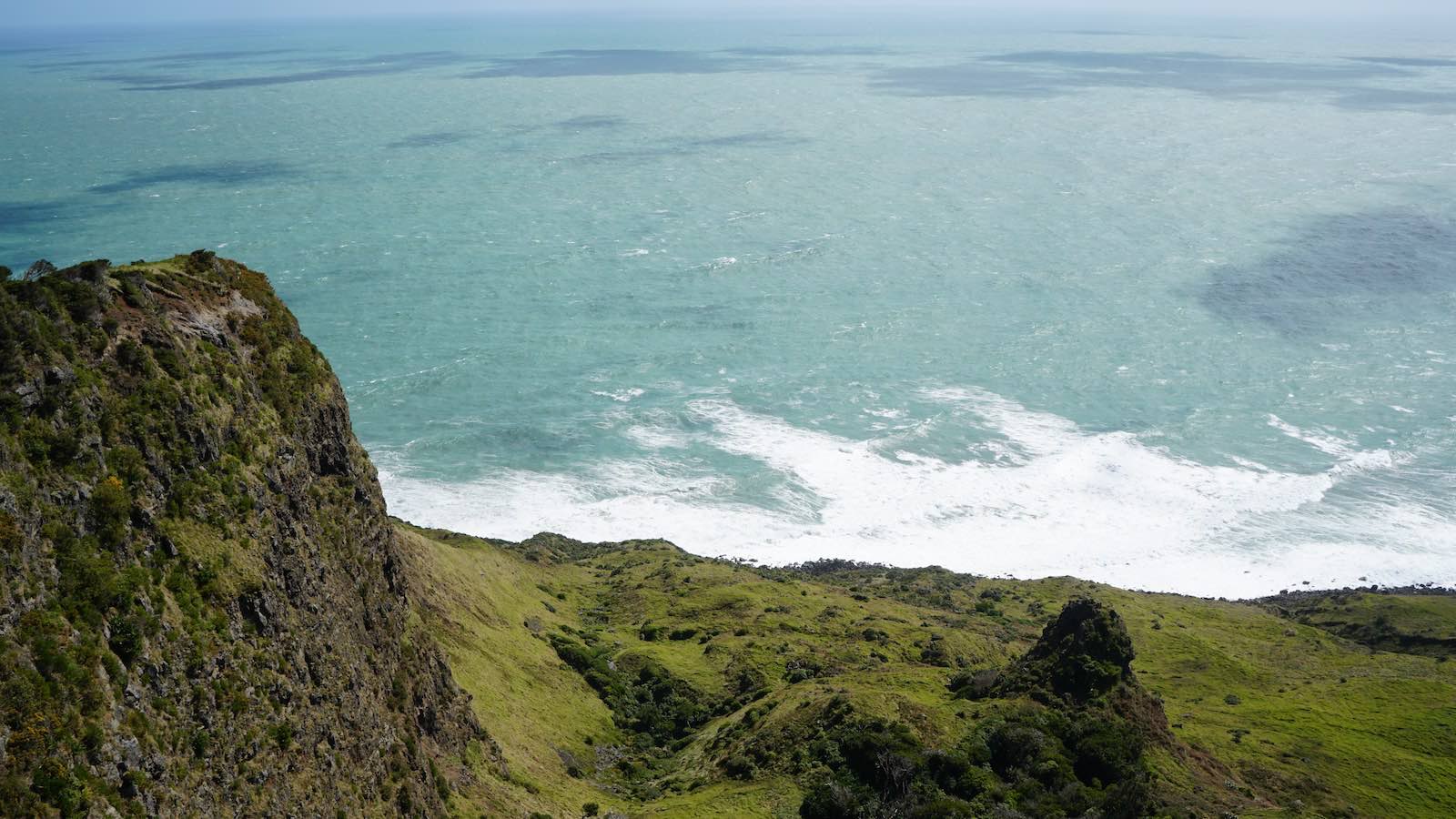 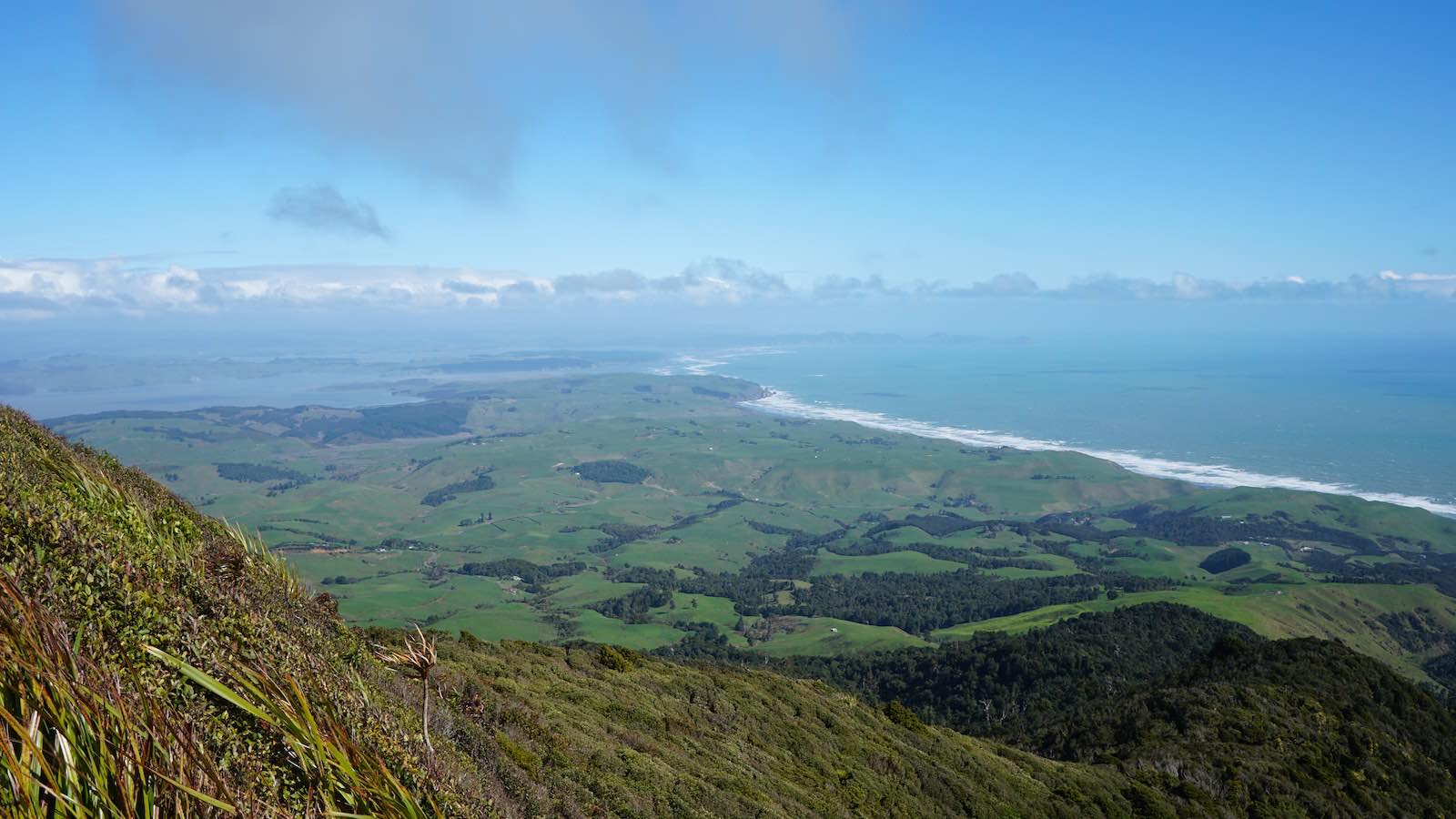 On Thursday the winds finally ‘calmed’ down enough to attempt to surf. They were still blowing at about 10-15km/hr but that was better compared to the 25-30km/hr winds the days before. Pretty much everyone from the hostel was down at the beach trying to surf, but everyone was a beginner and the conditions were still some of the roughest and messiest I’ve surfed in. I couldn’t paddle out behind the heavy whitewater and the currents were extremely strong, so I just rode 5-6 whitewater waves before getting too cold in my 3/2 wetsuit. I was happy to have gotten into the water though. Afterwards a couple of us from the hostel drove to a lookout point to watch some surfers at a more advanced break and catch the sunset.

After it got dark, I noticed that the sky was exceptionally clear and I could see the faint streak of the Milky Way in the sky. I had been wanting to try some astrophotography, I wasn’t sure if my camera could do it, but these conditions were perfect. So I found a spot away from the lights coming from the hostel kitchen and set up my camera on a mini tripod I brought and pointed it towards the sky. 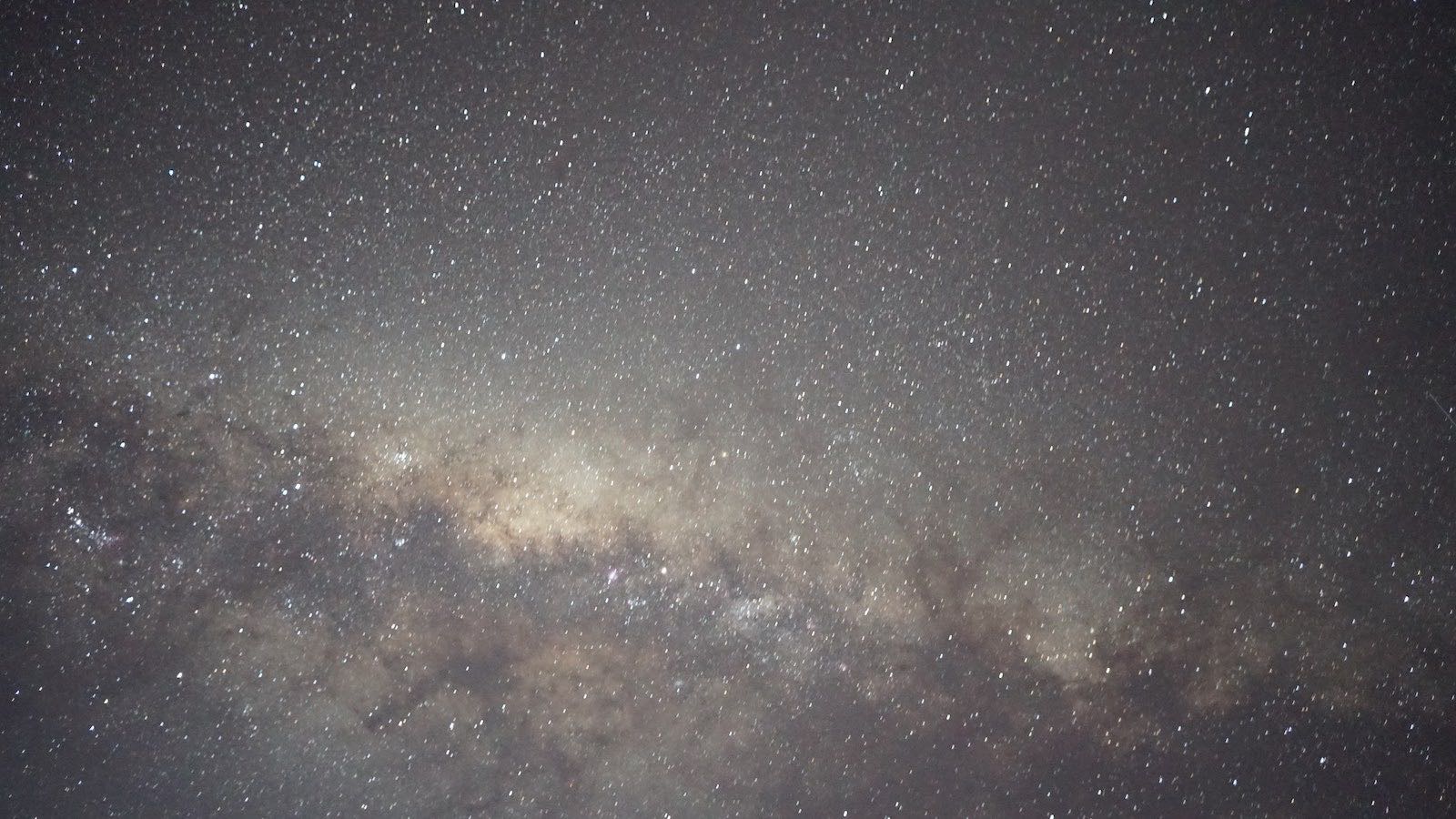 I was completely blown away by just this first photo. I had no idea my camera could capture the Milky Way like that. The position of the Milky Way in the sky was also PERFECT with the galactic core right overhead. I got so excited that I ran into the hostel kitchen to show some of my hostel mates and then spent the next hour and a half laying in the wet grass fine tuning the focus/exposure/ISO, and trying to get different angles of the Milky Way. 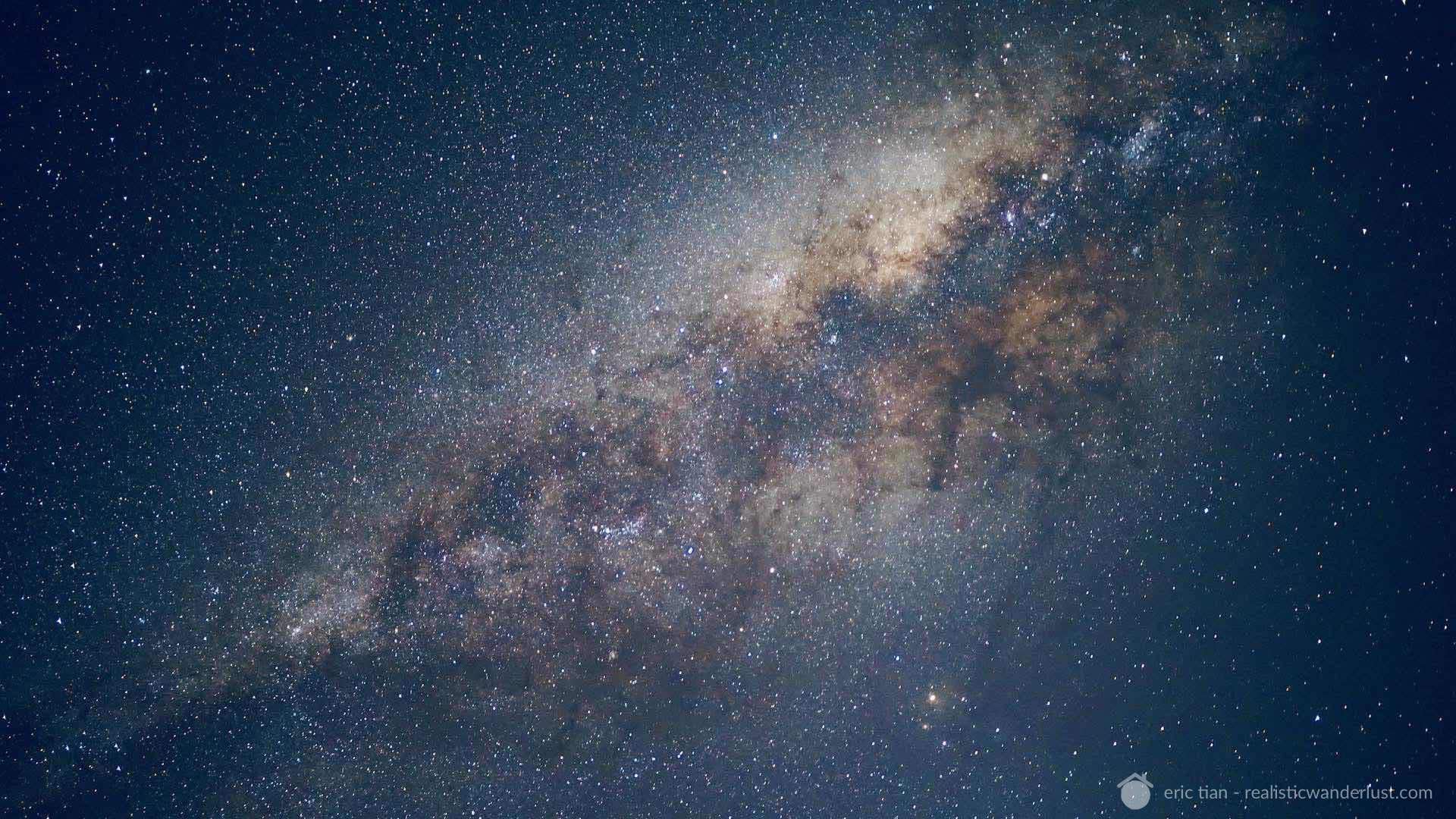 Friday morning, I checked out of my hostel and left Raglan. Anna was checking out that same morning and was going the same direction as me so she gave me a ride to the nearest city Hamilton which was about ~45kms away. I was going to catch a bus from there to my next destination: Rotorua. She also offered to show me around Austria if I ever go there!

But Raglan had one more thing for us. Right as we left, we got pulled over almost immediately for going over the speed limit. That was a huge surprise because it was a tiny remote town and everybody seemed to go at least 10-20 above. The ticket was $120NZD, but luckily the officer said that it wouldn’t have to be paid unless Anna ever returned to New Zealand.

Originally I went to Raglan planning to just rest and surf. But I ended up making a friend, met a bunch of other really interesting travelers, went on great hike, surfed, and took the best photo I’ve ever taken!