The Lukla Airport is a small landing strip carved into the side of a mountain in the Himalayas, between other giant mountains. It is considered one of the world’s most dangerous airports because there is no room for errors takeoffs and landings due to the massive mountains that surround the airport on all sides and a runway that leads right off a steep cliff.

On top of the geographic hazards, the logistics of booking a flight out of this airport can be bewildering to foreigners and even the locals. There is a running joke amongst the people here that the airport runs on the ‘Nepali System’ or ‘Nepali Time’ and I never understood what that meant until I got delayed for 23 hours and spent a whole day watching the fascinating chaos that unfolds at the Lukla Airport. 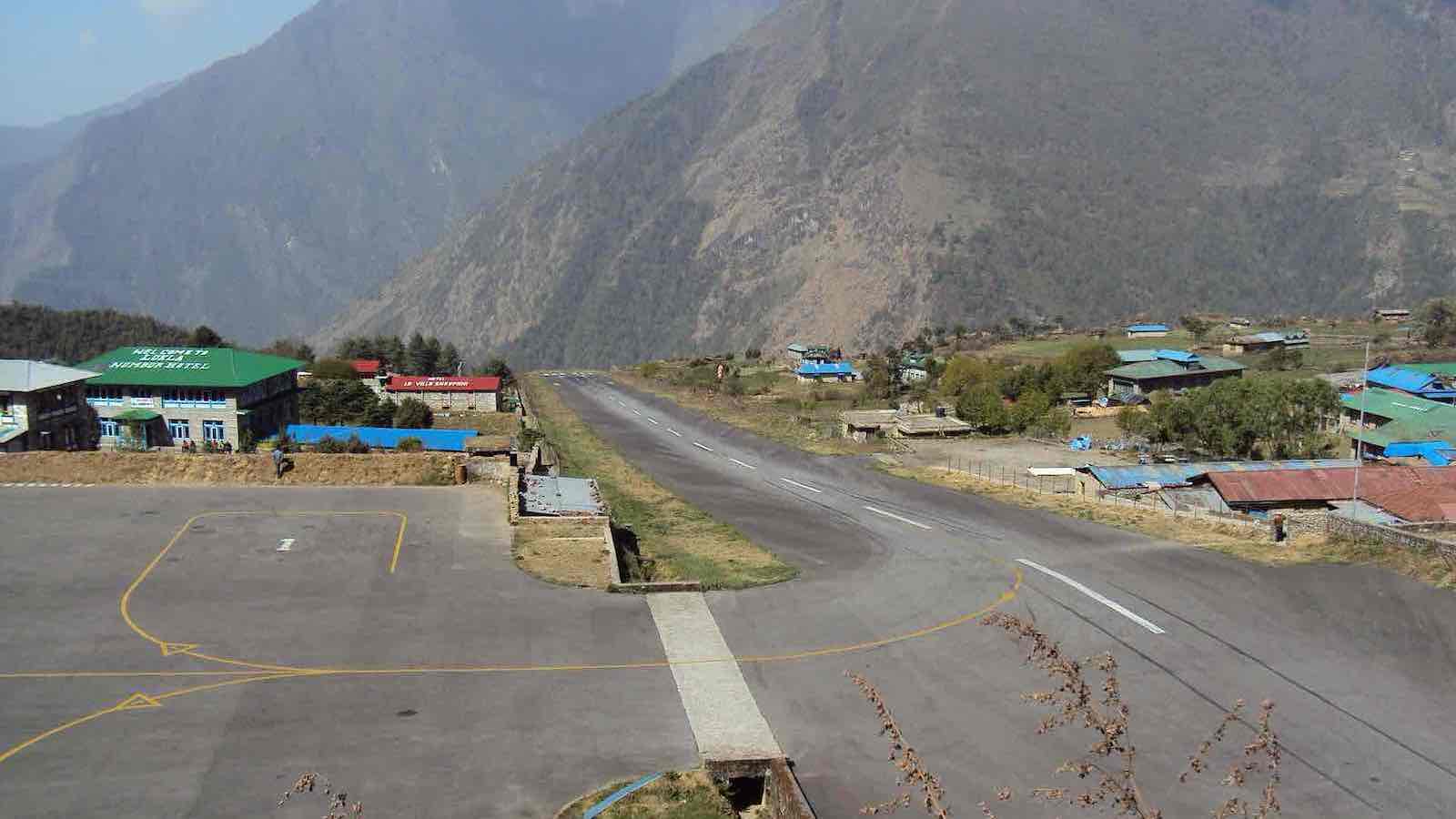 My flight was originally ‘scheduled’ for 8:30am in the morning, so I arrived at the airport around 7:45am. It’s a tiny airport with a lobby, check-in area, security check and a waiting ‘gate’ area. All in all the airport building is about the size of a large McDonald’s restaurant, and then airplane runway/taxi area is the size of a small parking lot. The airport was packed well beyond capacity with hundreds of exhausted trekkers trying to get a ticket off the mountain on tiny little airplanes that seat only 12-16 people. 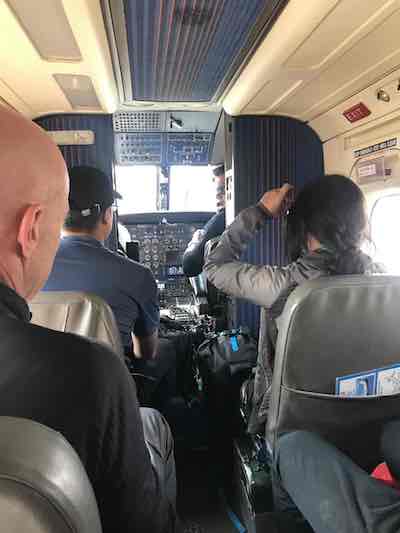 There is no boarding call at the Lukla airport, no pre-assigned ‘flight number’, no flight status board, the only thing electronic I saw were the light bulbs and the scale they used to weight people’s bags. I had a local guide who was helping me and as 8:30am came and went, I asked him: ‘So when do we check in? How do we get our boarding pass? And when’s our flight?’. He just shrugged at all of my questions and said, ‘I don’t know, there’s nothing we can do except just wait and hope they call us’. 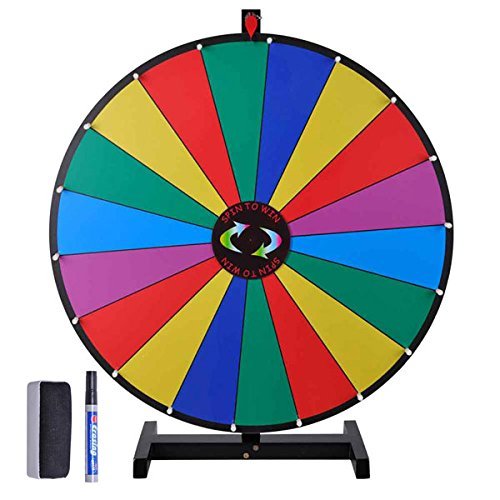 As someone used to airports working in a much more structured way, I was surprised that those questions didn’t have any answers, I had a ticket for 8:30am, it was 10:30am, and I had nothing, no boarding pass, no estimates on when my flight would be pushed to, no information at all as to what was going on. I was confused because the weather, which is usually the culprit here, was a rare perfect: no winds, no clouds, perfect sunny blue skies. I just wanted to go back to Kathmandu where I could take a nice hot shower, but the only info I got regarding when my flight was going to be was ‘We’ll fly out when they open our check-in and the plane gets here’. That did not help and I knew that me getting frustrated wasn’t going to help either. 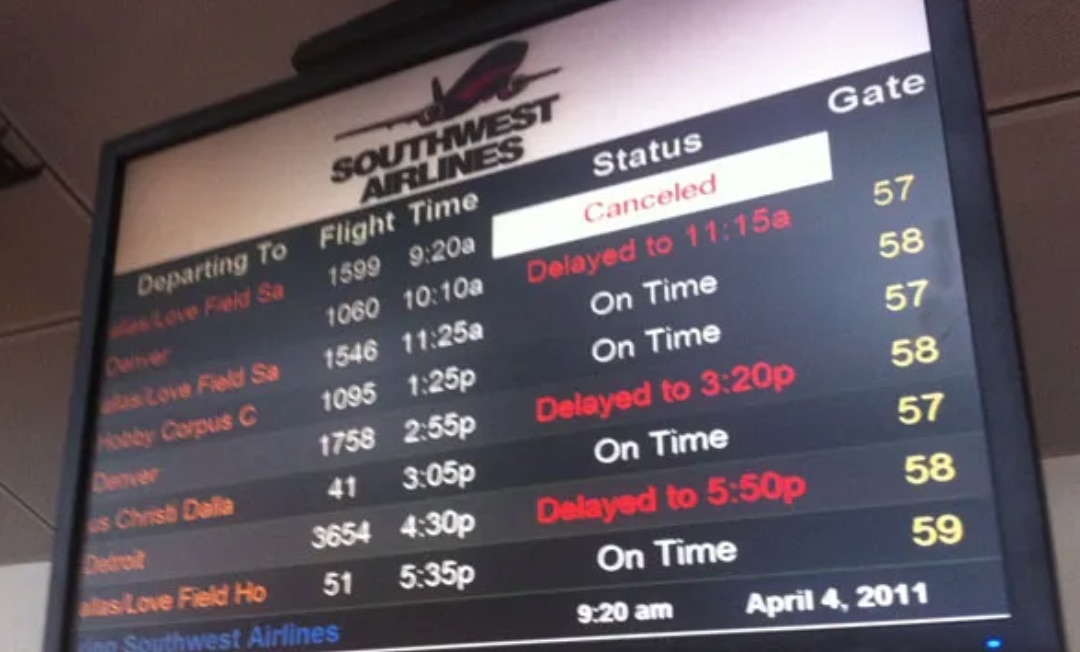 What I slowly found out made me really appreciate modern airports in a way I’ve never before as I realized that having confirmation was a luxury. But it’s a luxury that the Lukla airport often times cannot afford.

So after about 7 hours at the airport, through some stroke of luck I got a boarding pass on the last flight of the day and saw my plane come in. I had already given up hope for the day and was just talking to travelers at the airport for fun, so needless to say I was counting my lucky stars and brimming with relief and excitement. 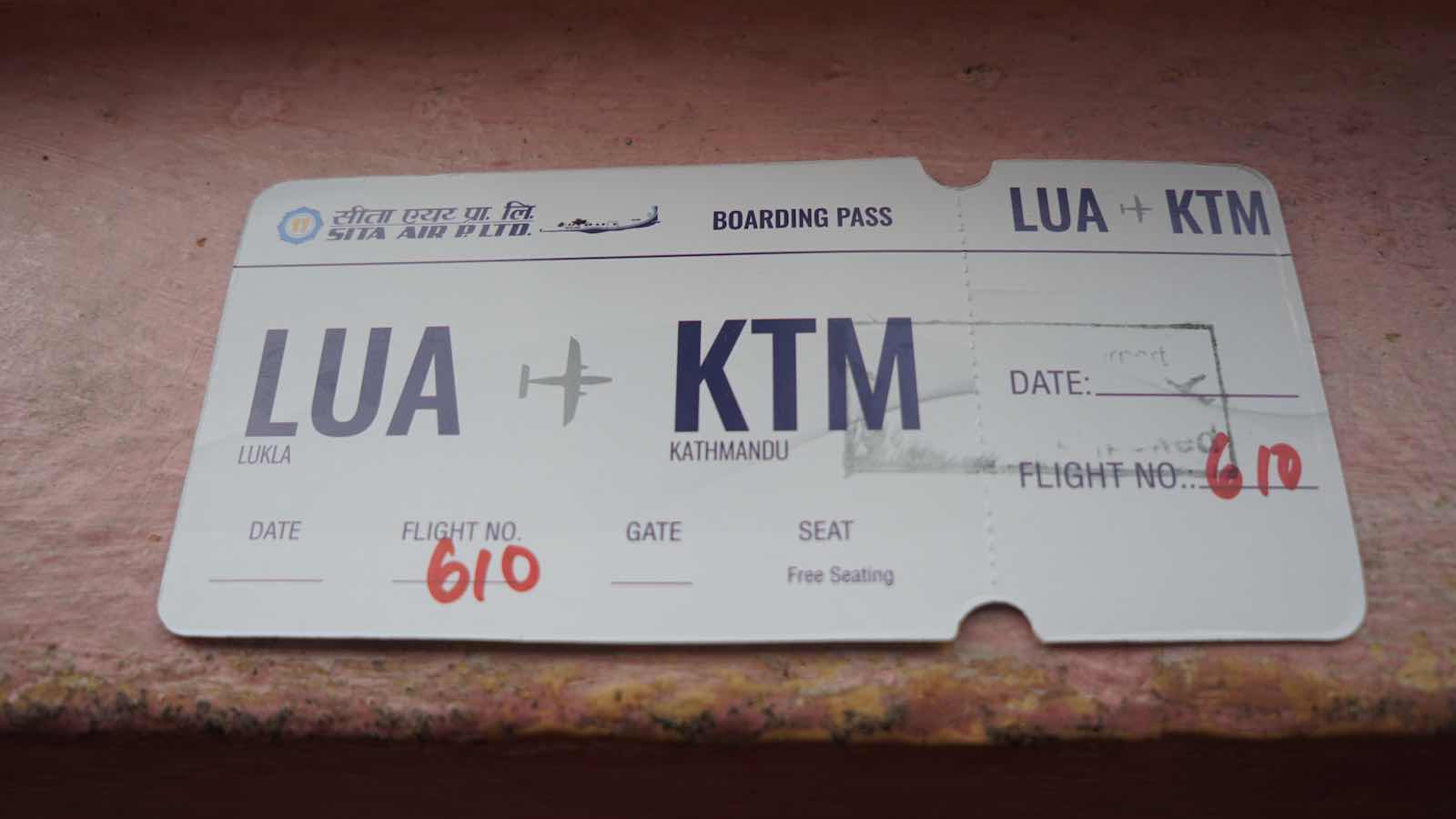 I strapped into the seat and braced myself for the death defying takeoff as the plane oriented itself down the runway…… when all of a sudden my plane unexpectedly powers down and turns back into the waiting area. The pilot turns around and says to us that the plane was overheating/had technical problems and was not fit to fly anymore today…..

Ugh I was so close…… He said that we should get the first flight in the morning but he wasn’t in charge of that, and at this airport, who knows?

I hung my head in defeat along with everybody else on my flight as I proceeded back to the lodge in Lukla I had stayed the night before. I was really hoping I wouldn’t be here in the freezing cold mountains for another night. That night I had a rough sleep, worrying about whether or not I’d actually get the first flight in the morning and if I would be in that same plane. What if something happens midflight, or mid takeoff when it’s too late to turn back? We would fall straight off the cliff. It didn’t help that my guide who has 15 years of guiding under his belt looked shocked after the aborted flight and had never experienced anything like like, and I met a sherpa on my flight who has summitted Everest 6 times, but seemed really worried about state of the plane. He was hesitant about flying out if it was the same plane the next day.

In the morning I got up at 5:00am and sat around looking up stats regarding airline accidents. Once 5:45 rolled around I walked over to the airport so I could be there right when it opens at 6am. Within 2 minutes of opening, the airport was filled to the brim with frustrated travelers. I found some of my fellow passengers from my aborted flight yesterday, we grouped up, and with strength in numbers made our way to the front of the check-in desk as the staff came in. Thankfully they honored what the pilot had said yesterday and I was off to the waiting area with another boarding pass in hand. I nervously eyed the plane from yesterday still sitting crookedly on the taxi area, but to the relief of everybody on my flight another airplane came in and they boarded us on the new plane. This one took off without a hitch and I was finally on my way back to Kathmandu on a beautifully clear morning. 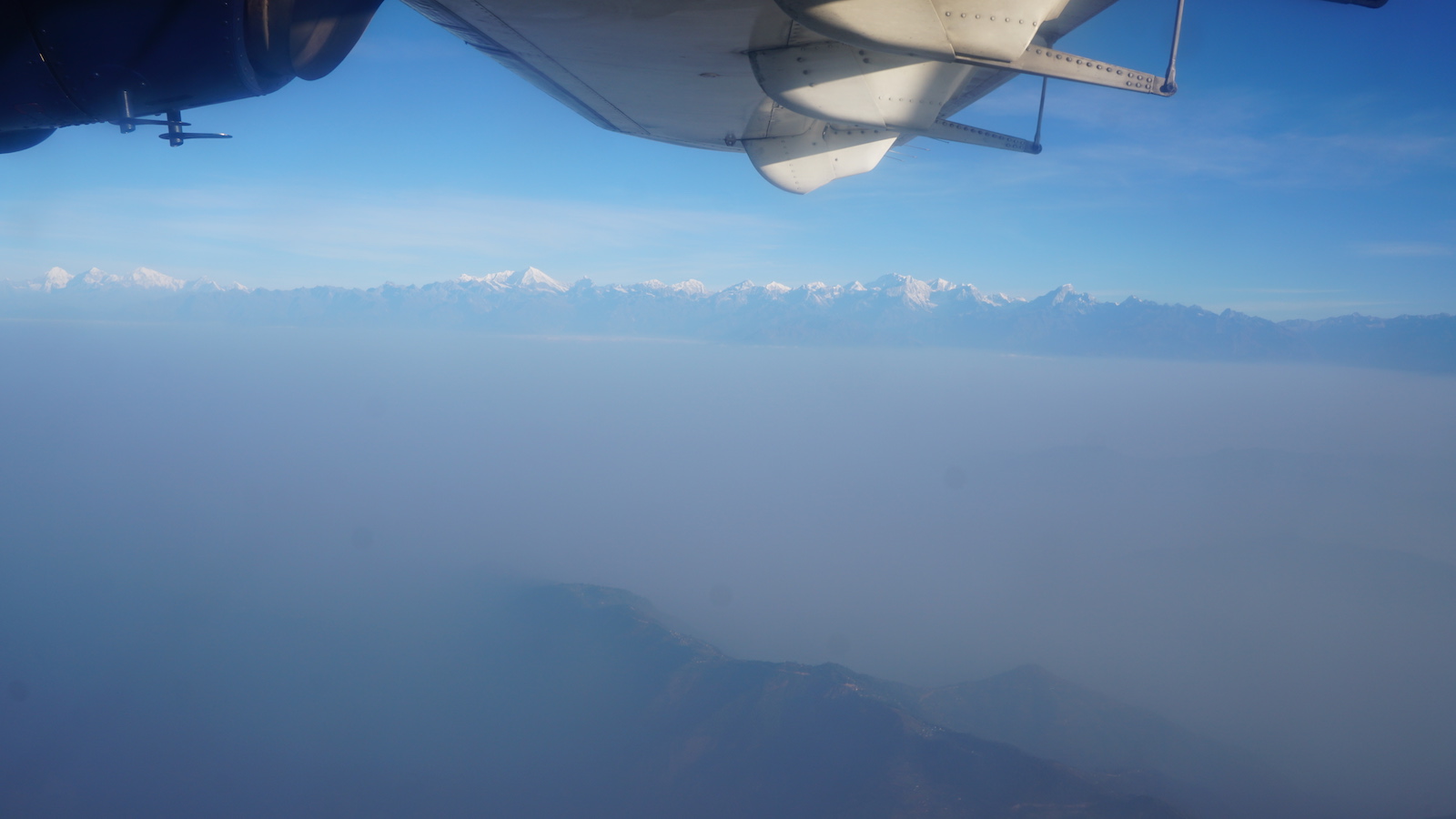